In 2022 Grant Thompson Racing is seeking primary sponsorship for select Pro-Late Model and Super Late Model events. Grant is excited to announce that he will be returning to Casey Johnson Racing for select Super Late Model races for the 2022 racing season. The following pages will allow you the opportunity to get to know Grant and what makes him a perfect fit for your company.  Click below to watch Grant's Welcome Video.

Grant Thompson is a 15-year-old 2nd generation race car driver from Mobile, AL. In 2020 Grant competed in both a Pro-Truck and a Pro-Late Model at various tracks throughout the Southeast. He finished his Pro-Truck season with 8 wins, 12 top fives and two track championships, one at Crisp Motorsports Park and the other at Five Flags Speedway. Grant was also the 2020 Snowball Derby Pro-Truck Champion at Five Flags Speedway and was the 2020 Turkey Shoot Jr. Late Model Champion at Tucson Speedway. Grant finished 2nd in points in the Pro-Late Model Series at Five Flags Speedway, only 4 points out of the championship. He had 3 top five and 7 top ten finishes in 7 starts. Grant was also recognized by Speed51 as one of the top 10 Short Track Racing Breakout Drivers in 2021 and selected 16th in Speed51's Short Track Draft out of 51 drivers.

In 2021 Grant competed in the Tundra Super Late Model Series for Casey Johnson Racing. Grant finished 6th in points and won Rookie of the Year honors. Grant also made his debut in the CARS Racing Tour with Justin Johnson Racing at Dominion Raceway where he finished 12th in what is considered the most competitive racing series in the country. Grant made starts at Kern County Raceway in Bakersfield, CA for Naake-Klauer Motorsports finishing in 6th as well as three starts at Mobile International Speedway recording one win, a 2nd and a 3rd . 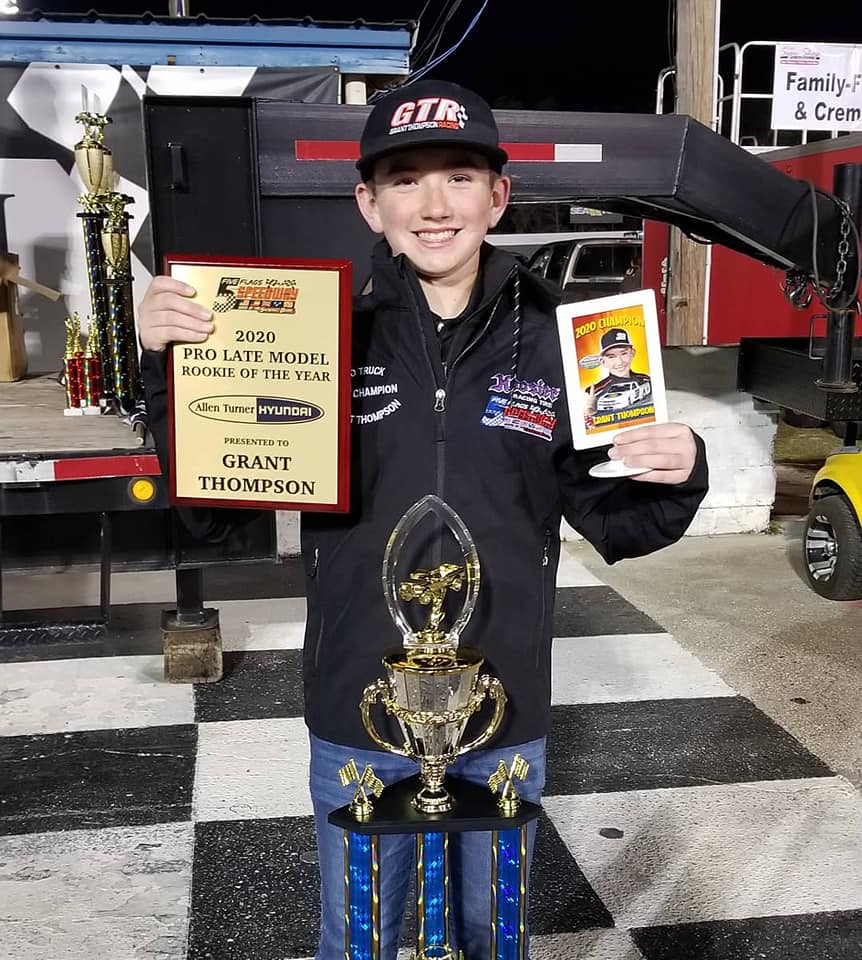